ONE PERSON CAN MAKE A DIFFERENCE!
It’s a rare commercial that brings tears to your eyes, but the folks at Bell’s Whisky South Africa have done just that. Hugs and gold stars all around. (BuzzFeed Books) 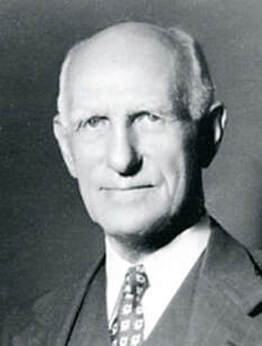 From Wikipedia, the free encyclopedia

Frank Charles Laubach (September 2, 1884 – June 11, 1970), from Benton, Pennsylvania was a Congregational Christian missionary educated at Union Theological Seminary and Columbia University, and a mystic known as "The Apostle to the Illiterates." In 1915 (see Laubach, Thirty Years With the Silent Billion), while working among Muslims at a remote location in the Philippines.

He developed the "Each One Teach One" literacy program. It has been used to teach about 60 million people to read in their own language. He was deeply concerned about poverty, injustice and illiteracy, and considered them barriers to peace in the world.
In 1955, he founded Laubach Literacy, which helped introduce about 150,000 Americans to reading each year and had grown to embrace 34 developing countries. An estimated 2.7 million people worldwide were learning to read through Laubach-affiliated programs. In 2002, this group merged with Literacy Volunteers of America, Inc. to form ProLiteracy Worldwide.

During the latter years of his life, Laubach traveled all over the world speaking on the topics of literacy and world peace. He was author of a number of devotional writings and works on literacy.
Grant from the Ministry of Education (PACTE) /  Registered Canadian Charity: BN89060019RR0001 / NEQ: 1149638158
by LizMH​Photos Credit: Pexels; Pixabay; Flickr; Google Images -labeled for non-commercial re-use; Photography / Website designed In-CVLC-Office by LizMH
CVLC - Chateauguay Valley Literacy Council